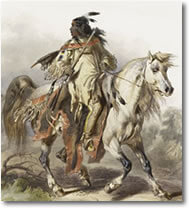 Cowboys, Indians, open spaces, pioneer trails and wild and rowdy miners are still part of the mystique associated with Bozeman. But Bozeman is so much more than most people imagine for a city of our size. History is alive and abundant here!

Native Americans
Bozeman and the surrounding Gallatin Valley was once home to early native peoples dating back thousands of years. More recently, tribal bands passing through the valley included the Shoshone, Nez Perce, Blackfeet, Flathead and Sioux, dating back several hundred years. The area was rich with game, water and plants used by Native Americans, and was a frequent thoroughfare to the prolific bison herds in eastern Montana. 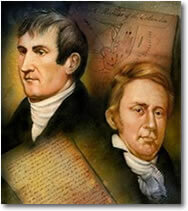 Lewis and Clark
Europeans may have entered the valley in the late 1700s as they searched and trapped for beaver pelts to send back East for hats and coats. The Lewis and Clark expedition left the first written description of the valley during its epic journey in 1805-06, arriving at the source of the Missouri River in July 1805 and naming the three forks of its headwaters: the Madison, Jefferson and Gallatin Rivers. In 1806, Clark was guided by Sacajawea across the valley from the three forks to the pass leading directly to the Yellowstone River. Three Forks is also the site of one of the bloodiest battles ever fought between the Blackfeet, the Flatheads, and the Crow. John Colter, one of the expedition members who later returned to the valley, took part in this fight on the side of the Flatheads and the Crows. Colters friends, though fewer in number, won the battle.

John Colter
In spring 1808, John Colter and John Potts, both of whom had been with the Lewis and Clark Expedition, left Manuel Lisas trading post at the mouth of the Big Horn River to hunt and trap in the Gallatin Valley. At Three Forks they were attacked and Potts was killed. Colter was captured, stripped and forced to run for his life. He fought off the Blackfeet warriors chasing him, ran to the river where he hid, and eventually made his escape. Today, a grueling, late summer run is held each year that recreates the hardship of Colter’s bold escape, less, of course, the consequences he faced if he had failed. 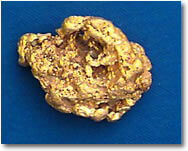 Gold and the Bozeman Trail
When gold was discovered 80 miles to the west in Virigina City in 1863, John Bozeman, a wagon master and trail guide, led the first wagon trains over a new trail he had blazed through Wyoming and Montana Territories. Traveling over what soon became known as the Bozeman Trail, early settlers saw the Gallatin Valley as a prime area for farming and a central supply stop for gold rush miners. Many who followed this trail for gold returned to the valley to take up farming and business. In 1864 Jim Bridger, a well known frontiersman, brought the first wagon train through the canyon north of town now known as Bridger Canyon. The mountain range north of town is also known as the Bridger Range.

A Town is Born
In 1864, Daniel E. Rouse and William J. Beall drafted plans for the townsite. The name of Bozeman was chosen and named the Gallatin County seat a few years later. Alarmed at the growing numbers of settlers streaming West, the Cheyenne and Sioux signed a treaty with the U.S. Army in 1868 in an attempt to close the Bozeman Trail, but it proved impossible to enforce. About this time, Texas cattlemen trailed herds of cattle from Texas to Bozeman against the warnings of the U.S. Army and in flagrant disregard of the treaty. These cattle formed the beginnings of Montana’s powerful cattle industry. Although the Sioux and Cheyenne handed the U.S. Army one of their greatest battle defeats at the Little Bighorn in 1876, they soon lost their war to invading settlers.

Gallatin Gateway Inn
In the mid 1920s the Milwaukee Railroad built a line across Montana to the Pacific. A spur line was built to carry travelers to Yellowstone National Park. The tour was met with great response, so a grand railroad hotel was built in the small town of Salesville, now Gallatin Gateway. Opening June 17, 1927, the hotel was touted as one of the most luxurious and sophisticated hotels of the day. In 1980 the Inn received Historic Landmark designation, and has been extensively restored to much of the original glamour.

History Today
Evidence of Bozeman’s unique local heritage can be found throughout the city and Gallatin County. Bozeman now has eight historical districts and more than 40 individual properties listed on the National Register of Historic Places.